We’ve already given you hints and tips for beaches within 30 minutes travel from SbN, and an hour away – but now we’re really pushing the boat out (get it?!) for all of you who can’t get enough of British beaches. If you’re anything like us you’ll want to squeeze every last drop out of summer and these Norfolk beaches are the places to do it in.

Sand, glorious sand – as far as the eye can see. Not figuratively, literally. It can be quite a walk across Holkham’s fabulous expanse down to the waters’ edge, but it’s worth it. Situated within the Norfolk Coast Area of Outstanding Natural Beauty (AONB) the scenery is stunning and we can’t recommend a visit enough. Explore Holkham more.

Cromer is traditional without being garish, and though it has nods to amusements and a small pier, it’s still quietly charming. The beach is a mix of pebbles and sand, so probably best for walking rather than laying on! That being said, there’s a wide selection of really formidable eateries so walking might be necessary to shed that bloating feeling! Make sure you sample some of Cromer’s famous crab. There is also an excellent, and very interactive RNLI museum which is dedicated to Coxswain Henry Blogg (the RNLI’s most decorated RNLI volunteer). Explore Cromer more.

When the tide is in, Sheringham has a plethora of rock pools for you to find interesting specimens and go crabbing in – and when it’s out there’s miles of flat golden sand, so all beach activities are possible at this gorgeous spot. For those looking to go back in time, there’s a preserved railway line (known as the Poppy Line) with original steam engines, and Sheringham also claims to be the first location to be bombed during WWI. Not to be outdone by the sunken churches of Dunwich, Sheringham has a local legend about a group of sailors who were covered by rocks instead of receiving proper burials. Apparently, on a stormy night, the sound of the rocks being piled on to the bodies can still be heard! Don’t be frightened off though – find out more.

We hope you’ve enjoyed our blog entries about beaches close to Stoke by Nayland. If you know someone who might also want to go exploring, remember to share this post. Check back soon for more insight in to local attractions on the SbN blog! 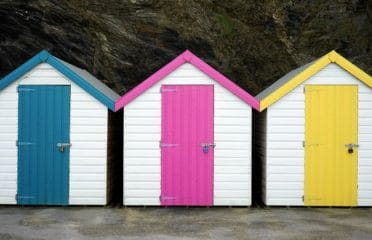 We explore all the beaches East Anglia has to offer.

Get the family our and about in Suffolk this springtime.