5 of the Most Haunted Spots in the Dedham Vale to Visit If You Dare...

A shadowy world filled with folk tales, bloody histories, eerie apparitions, and tales from the crypt, Suffolk is one of the stranger counties in the UK. Whether you have an avid interest in the supernatural or just love hearing a bit of haunted history, this is the perfect place to visit to get your ghost hunt on.

Headed to the area, and set on spotting a ghost? Here are five of the spots in the local area that you can visit. If you dare…

Driving through the country in the dark can often cause anyone a bit of unease, but nowhere quite so much as the Four Sisters Crossford near Stratford St Mary.

Four spectral figures have been sighted numerous times at this location, with many drivers commenting that they were left shaken and uneasy as they passed through the area. One unfortunate driver, named Irene Heath, apparently had numerous run-ins with the ghostly shadows, according to Peter Underwood’s Guide to Ghost and Haunted Places. From feeling an icy claw on her back to her car violently spinning off the road for no apparent reason, according to the accounts. Many locals choose to avoid this stretch of road on cold, dark nights.

Crossroads are well-known in the supernatural world as being the place where the living and the dead meet. According to local legend, this particular crossroad was one where four sisters met and apparently, they never left.

Strolling through the pretty rows of thatched cottages and vast woodlands of Polstead, you’d never suspect that this was the site of a sensational murder back in 1827.

Known as the Red Barn Murder, Maria Marten was the daughter of the villager who had an illicit affair with a farmer’s son called William Corder. According to the story, William and Maria would meet at the Red Barn in the evenings to carry on their romance away from prying eyes.

After Maria became pregnant with his child, William arranged for the two of them to meet in the barn before running away to elope. Maria went to the barn that very night, but she never came out. A year later, her body was found under the floorboards of the barn after her step-mother had a series of dream where Maria’s ghost appeared and pointed to where she was buried. Her body was found in that exact spot by her father. William was swiftly arrested, found guilty of murder, and hung in Bury St Edmunds. His skin was used to bind a book documenting the trial and his skull was something of a collector’s item for a while. That is until it started cursing those who owned it…

The red barn burned down in 1842, but the site is still on the trail for tourists who like things of a more macabre nature.

Once considered the most haunted house in the UK, Borley Rectory is well-known around the world for its mysterious happenings and creepy goings-on. In 1937 its spooky history was documented by real-life ghost hunter and psychic researcher, Harry Price. Built-in 1862 to house the rector of the parish of Borley, the history of the haunting actually starts many centuries before. According to the myth, a nun and a monk tried to elope from a nearby monastery but were caught and condemned to death. The monk was hung, while the nun was bricked up in the wall of a building on the same site as the rectory.

Over the years, many people have reported seeing the figure of a nun slowly walking across the garden lawn. Others have sworn that footsteps have followed them down the lane both in daylight and at night. And this is just what happened outside the house.

Inside, footsteps would frequently be heard in places where no living person resided. Unexplained taps, thuds and knocks would come out of the blue then stop. Doors would be locked and unlocked without warning and footsteps would reach doors then disappear without a trace. The figure of a tall man in dark clothes was spotted in the hallways. Whispers were frequently heard throughout the house and one resident even complained of being awakened numerous times by a slap across her face. The most peculiar of these phenomena though were the writings and markings found on the walls of the building, which repeatedly asked residents for help. An explanation for these strange happenings has never been found, and perhaps never will.

Borley Rectory burnt to the ground in 1939. Yet even after it turned to ashes the ghosts are still said to wander the land on which it was built. Homeless, but forever present…

Originally called Withipoll Hall, after the man who bought the land it was built on, Christchurch Mansion is now considered as a place where lost souls and ethereal beings come to play. Redeveloped as a gallery housing works by Gainsborough and Constable, these paintings aren’t the only thing that you might see at this creepy building.

People have reported seeing a young woman and two children in Edwardian clothes laughing and dancing in the upstairs art gallery. Others have seen a Victorian lady in a grey gown running past visitors and a young servant girl who wanders through the hallways looking for peace. An assistant at the museum apparently once saw a painting floating up from the ground and flying across the room. Paintings have also allegedly even turned themselves around on the wall. Ghost hunters continue to investigate the house and visitors still flock to the gallery to see the strange happenings for themselves.

Situated at the mouth of the River Orwell just outside Felixstowe, Landguard Fort has defended the approach to Harwich Harbour for hundreds of years and has been manned throughout many wars. With so many battles under its fort belt, it’s no surprise that Landguard is also the location of some ghostly sightings.

Most notably, a family from the 95th Rifles re-enactment group stayed in the Chapel Bastion and was awoken twice by the sound of muttering in a foreign language. No one was found. But it is thought that this could have been the ghost of a Portuguese woman whose husband – a paymaster sergeant – was executed by firing squad for leaving the fort without permission in 1753. In her grief, she threw herself from the upper rampart into the dry moat and has roamed the fort ever since.

Elsewhere, a plague victim is thought to haunt the building, as well as a line musketeer, a WWI soldier, and a sailor who appears in the top window every now and then. Ghost hunts are regularly conducted at the fort for those interested in spotting the supernatural and the stories of the fort continue to delight visitors and enthusiasts alike. 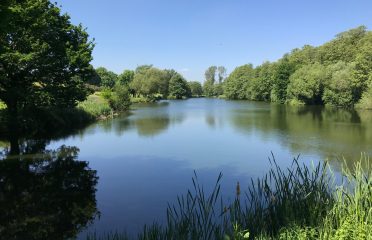 Taking a trip to Suffolk? Here are 10 things you should do while you’re here! 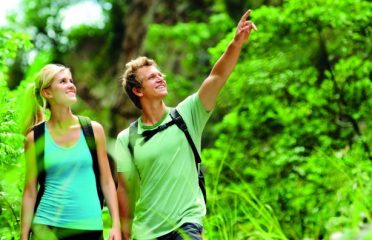 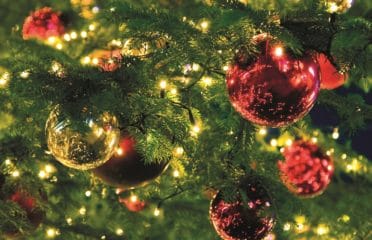 5 Reasons to book a Christmas Break

Let someone else do all the hard work for you this Christmas.