4 of the Most Amazing Walking Trails to Take in the Dedham Vale (as Rated by Us...!)

A brisk walk in the countryside can work all kinds of wonders on our physical and mental health. According to the latest research, just 30 minutes of walking a day can improve our fitness, reduce our stress levels, and improve our overall well-being.

In the Dedham Vale, we’re surrounded by some of the most amazing countryside and with that, an abundance of walking routes for all ages and fitness levels. Whether you want to take a full day out to journey around the stunning Constable Country, or you’re looking to do a morning or afternoon circular jaunt to take in some of the local sights, there is sure to be a route to suit.

Here we’ve listed four of the very best walking routes in the Dedham Vale. Time to get your walking boots out! Now, which one will you try?

The Box Valley is one of the most scenic of the tributary streams that flow into the River Stour. Exploring the area can be either an easy or a more difficult walk, the longest being approximately 14.5km and the shortest 9km. Box Valley encompasses three circular walks through the main villages of Boxford, Polstead, and Tendring. The complete route is full of rolling countryside and a variety of wildlife and there are lots of viewpoints on the way to stop and admire.

The best place to start your walk is in the village of Stoke by Nayland, just down the road from us. Depending on whether you go East, South or North you’ll see a variety of sights, from beautiful churches to timber-framed houses and riverside parks. One of the most spectacular parts of the route is Tendring Hall, one of England’s lost country houses. Here lie the remains of a 110-hectare landscape park which was laid out in 1791 by Humphrey Repton. The Rowley Wood Community Nature Reserve resides on the land and is now home to a variety of species of plants, insects, and animals like nightingales, grass snacks, stag beetles, and grass snakes.

Between Bures St Mary, Wissington, and Wormingford lies the tale of a fierce dragon and a walk among some of the most stunning vistas the area has to offer.

The Bures dragon was first recorded by a local monk in 1405. He wrote about a terrifying creature that plagued the townsfolk and the village, reigning down fire on anyone and anything. The villagers tried to kill the dragon with arrows but its skin was too tough, and so men from around the country were summoned to help kill the dragon. The story goes that the dragon fled down the river to the village of Wormingford, disappearing into the marshes never to be seen again.

A circular route that encapsulates one of the most interesting and picturesque villages in Suffolk, this ramble around Polstead combines beautiful scenery with the kind of murder mystery plot you (hope you) only see on TV. As you strolling through the pretty rows of thatched cottages and woodland areas, you’ll also pass the site of a sensational murder that occurred back in 1827.

Known as the Red Barn Murder, Maria Marten was the daughter of the village mole-catcher who was involved in an affair with the son of a tenant farmer called William Corder. According to the story, William and Maria would meet at the Red Barn in the evenings to carry on their romance away from prying eyes.

After their affair was discovered, Maria’s parents demanded that the two marry, however, William’s parents were sure to disapprove. So, one day William arranged for Maria to meet him in the barn, where they could run away to Ipswich and elope. Maria went to the barn that very night, but she never came out. A year later, her body was found under the floorboards of the barn. William was swiftly arrested, found guilty of murder, and hung in Bury St Edmunds. The red barn burned down in 1842, but the site is still on the trail for tourists.

Starting in the Stratford St Mary, one of John Constable’s favourite villages, this walk in the Brett Valley will captivate all those who try it. Taking walkers through wonderful villages such as Withermarsh Green, Shelley, Lower Raydon, Holton St Mary, and Higham. At 12 miles (or 19km) this is a more challenging walk but one that you’ll reap rewards from if you decide to attempt it.

Stroll along the River Stour, visit an original Saxon settlement, and discover Gifford’s Hall, the historic home of the Mannock family, then enjoy the woodlands which have grown on the low-lying land. The Brett Valley walk is a fantastic ramble to do if you’re looking for a full day out to really experience our Area of Outstanding Natural Beauty. 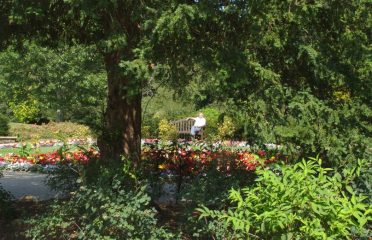 Suffolk has some of the best gardens in the country! Check out our top picks for you to visit and truly enjoy… 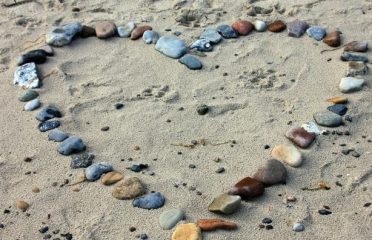 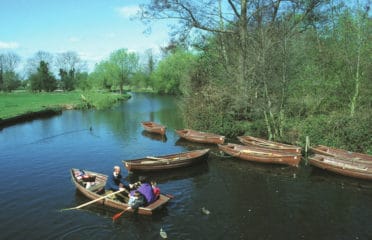