The business has come a long way since its humble beginnings as a 120 acre apple farm in 1938, in a beautiful corner of the Suffolk countryside.  Much of this success is down to the entrepreneurial skills of Bill and Devora Peake who gradually expanded the original apple farm into a thriving, diverse enterprise which included the now famous Copella fruit juice brand (sold to Tropicana in 1997), Stoke by Nayland Golf Club with two championship courses, and a successful fruit farming business.  They went through some very tough times along the way but never wavered from their passion and dedication for providing healthy, top quality products for their customers to enjoy.

Now in its second and third generation of family owners and directors, the Boxford Group has been substantially expanded, and continues to thrive with the help of their team of up to 600 staff across the three businesses.

Listen to Tamara Unwin’s 2018 BBC Radio Suffolk interview about growing up on the family farm and the early days of working in the business.

Where it all began - Devora Peake

Devora first began farming in 1938 at the age of 23 with her first husband, Bernard Loshak. Their 120 acre apple farm was situated near the picturesque village of Boxford, Suffolk.

After their marriage ended Devora met Bill Peake who had worked in the Admiralty during the war. Bill took to farming with a passion and together they gradually expanded the original 120 acres over the next 30 years to around 900 acres.

Founder Members of the Soil Association

Bill & Devora bought the Leavenheath Women’s Land Army hostel and over 500 acres of land at Daltons Farm from the War Agricultural Department after the war, for around £12 an acre, to include the farmhouse. The Stoke by Nayland luxury Country Lodges are now based on the hostel site and the two championship golf courses were created over this area of land.

Bill and Devora were founder members of the Soil Association and, with the support of Lady Eve Balfour they set up the Institute for Organic Husbandry in 1949 in the old land army hostel and ran it for 2 years – they were way ahead of their time with their organic farming.

During the 50s and 60s the farm produced a very wide range of products which Bill and Devora delivered all over the country. Apple growing was always their main activity and over 20 different varieties of apples are still produced today in their orchards surrounding the golf courses and beyond.

Other enterprises included dairy farming and cheese production, sheep, pig, duck and turkey rearing, and the growing of organic vegetables, apples and wheat. Even stone-ground organic flour was produced on site with their own stone mill. Top London hotels, luxury department store food halls and health food shops were among their regular early customers.

Due to overwork, Bill became very ill with TB in the late 50s, but recovered and, despite some continued ill health, helped Devora to create Copella and the Golf Courses during the 60s and 70s.

50 more acres of farmland was purchased, including apple and Morello Cherry orchards. Boxford (Suffolk) Farms was officially created as a company.

The next generation of the family worked on the farm during the school holidays, driving tractors and picking fruit. They also helped in the packhouse.

Britain joined the EEC, which meant the import tariffs on apples were lifted. To survive the Peakes decided they would diversify into fruit juice production and Copella apple juice was born – developed by Devora in the farmhouse kitchen!

The name Copella was derived from a combination of Cox’s Orange Pippin (the main variety of apple used) and Carmella, the Peake’s youngest daughter. The product quickly became brand leader and eventually the next generation of the family became involved in growing the brand and running the business.

The 300 acres of arable land at Daltons that had been purchased by Bill and Devora after the war was very undulating and therefore difficult to farm. There was also a shortage of golf courses in East Anglia during the 1960s and so they both decided to diversify further and build first one, and then a few years later, a second 18 hole golf course. They had to borrow all the money from the bank but were confident in their ambition and it paid off. They were possibly the first farmers in the country to create a championship golf course on their land.

This land was in stunning Constable Country on the edge of the picturesque Dedham Vale, and later in the 1980s became a designated “Area of Outstanding Natural Beauty”. With conservation always a priority, the Peakes planted 60,000 trees which now line the fairways and form many areas of indigenous woodland. There are also natural and man-made ponds and streams, together with four large lakes which all serve to enhance the overall beauty of the courses.

The Clubhouse was designed by local architects Stanley Bragg and built using direct labour from the farm. It won a Times Architectural award.

The challenging picturesque courses are now well-established and have earned the reputation of being amongst the finest in East Anglia, regularly hosting international worldwide-televised PGA and European Seniors and Challenge Tour events with Pro Ams, as well as national and regional championships.

Built in what is now a now designated Area of Outstanding Natural Beauty, the Gainsborough Course was the first of the two to be created.

The Gainsborough course measures over 7,000 yards with a Par of 71. Head over to our Golf Courses page to find out more.

Shortly after, the Constable Course followed. The Peakes planted 600,000 trees that now line the fairways, and created man-made ponds, streams and lakes.

The Constable course is set amongst wooded plantations with several natural water hazards in peaceful countryside. It measures 6,544 yards with a Par of 72.

Bill died at the relatively young age of 60, but having been given only 6 months to live 20 years earlier he had treated every year as a bonus and achieved extraordinary goals. During that time he and Devora created both the successful Copella apple juice brand and two championship golf courses which are still considered to be among the finest in the East of England.

The land which the golf courses cover becomes part of the extended Dedham Vale “Area of Outstanding Natural Beauty”.

Head over to our AONB page to find out more about our protected countryside location.

The BBC featured the Peake family business in the first of 3 “Troubleshooter” TV documentaries in which Sir John Harvey Jones, the ex chairman of ICI, advised 6 companies. This one hour programme focused on the Boxford fruit farm, golf club and the success of the Copella business which the family then sold to Taunton Cider – featured at the end of the programme.

The family decided to sell Copella Fruit Juices to The Taunton Cider Co. Sisters Susanna Rendall, and Tamara Unwin, and their husbands Roger and Stephen, continue to work with Taunton Cider under a management contract for 3 years.

In 1991 Devora was invited to become an Associate of the Royal Agricultural Society in recognition of her achievements in the fruit industry and of her tireless work as a founder member of the Women’s Farming Union.

The 2nd series of the BBC TV Troubleshooter programme

BBC returns to Hill Farm, Boxford to film a follow up documentary of the Peake family business, and this programme features the family going against Sir John’s advice, and buying back Copella Fruit Juices from Taunton Cider. At this point Stephen Unwin and Roger Rendall became joint MDs and then in 1995 Stephen became sole MD and Roger was a consultant and bought his own fruit farm. Susanna was Group MD and Tamara later became Sales, Marketing and PR Director for the Hotel business.

Devora’s lifetime achievements are recognised with an MBE at Buckingham Palace for Services to the Fruit and Fruit Juice industries.

The family is approached by Tropicana UK and decides to sell the Copella Fruit Juice brand to them at the end of 1997. To this day Copella is still produced on the family farm, and still uses apples from the family’s orchards.

Devora became Chairman of the family business for the last few years of her life and continued to promote her businesses right up until her death in 1999 at the age of 83. She was invited to entertain audiences across the country with her humorous talks about her extraordinary life as a woman in business in those early years, the tough challenges she and Bill faced when building up their businesses, and their successes in achieving their ambitious goals. Many who came into contact with her over the years commented on how Devora had a strong ability to inspire them with her energy, zest for life, passion and huge determination to follow dreams and make them happen.

The family embarks on a major expansion programme at the Golf Club and creates a 30 bedroom hotel, a conference centre for up to 450 guests and a spa and fitness complex.

The 3rd and last BBC TV Troubleshooter documentary is made about the Peake family, including the sale of Copella to Tropicana, the building of the hotel, a tour of the new Peake Fruit production line, a final interview with Devora, and the opening of the hotel’s new Conference Centre, during which Sir John Harvey Jones unveils a plaque in Devora’s memory.

Most of the Premiership Football Teams stay at the newly built Stoke by Nayland Hotel when playing Ipswich Town FC. Including Manchester United, Arsenal, Chelsea and Inter Milan. 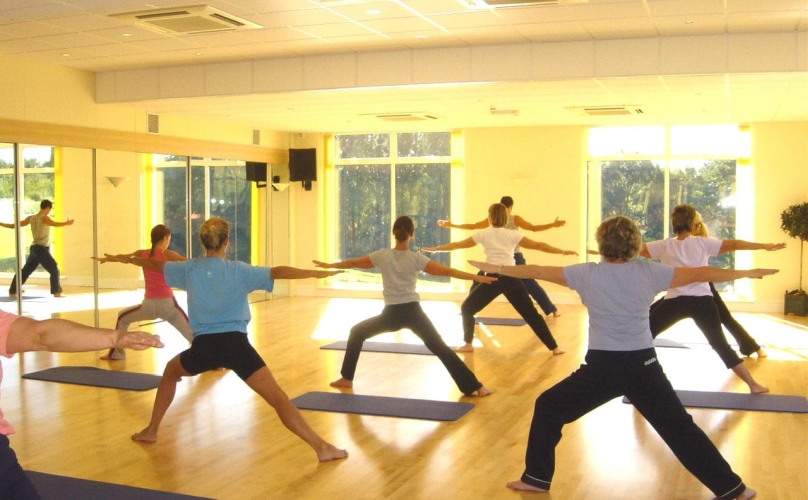 Peake Fitness and Peake Spa were further extended to include a large fitness studio, new treatment rooms including the exotic Rasul and Hammam therapy rooms and the large Devora Terrace outside the Devora Suite.

Stoke by Nayland is selected to host the worldwide televised PGA European Senior Tour for its 50th anniversary, in which world famous players such as Sam Torrance and Costatino Rocca compete on the Gainsborough Course.

Stoke by Nayland Hotel, Golf & Spa was once again selected to host the European Senior Tour.

Another 50 air-conditioned bedrooms were created, along with a new restaurant, glass-fronted Clubhouse and Gallery Lounge Bar on the first floor, Pippin retail shop, new golf changing rooms and a Golf Pro Shop.

Family Business of the Year Award

Creation of new entrance, hotel reception and lobby area. In addition to this, the Hotel Lounge was completely refurbished.

In 2016, we invested £250,000 into a complete refurbishment of Peake Fitness to include the latest state-of-the-art Technogym equipment.

A refurbishment of the first floor Gallery Lounge Bar takes place to create a new lunch and Afternoon Tea restaurant with amazing panoramic views of the lake and Constable Country. 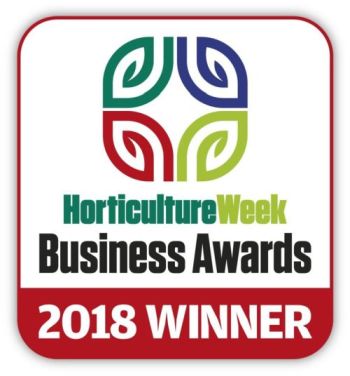 Environmental and technological innovation has been a key driver for the family business, contributing to the adoption of new and exciting ways of delivering maximum production with minimum waste, whilst improving efficiency.

An additional accolade for the family during the awards evening was the achievement of Runners Up for The Boxford Group in the overall Family Business of the Year Award for the East and East Anglian region.

Carmella Meyer, one of the family owners and directors of The Boxford Group was honored to be the first-ever recipient of the new Jon Jones Award recognising an individual who has worked consistently for the benefit of the UK fruit industry, excelling both in their day job and for going above and beyond to ensure fairness in all that they do.

Chris Moore has been awarded Craftsman’s Award from The Worshipful Company of Fruiterers, a City of London livery company which was founded in the 14th Century, awarding to those in the industry deserving of recognition for their achievements and contribution. Chris’s career started at Boxford (Suffolk) Farms at just 15 years old when he left school. He has enjoyed an illustrious career and is a valued member of the family business.

Be the first to hear about our latest offers, events and news.